Had a great time at the Waste Management Phoenix Open this afternoon, the weather was absolutely beautiful and the crowds were huge.  I was shocked that they allowed us to bring our cellphones into the tournament area, which meant that I was able to take a few pictures with my iPhone.  I still thought at any moment that security would take me down for taking pictures, so I only took the following few.,, 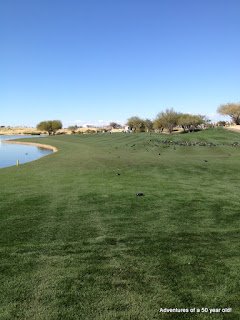 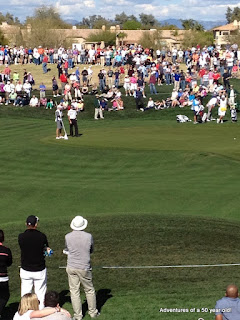 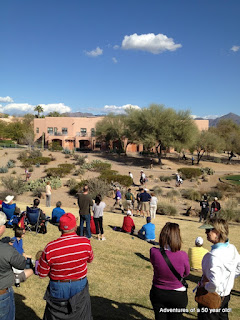 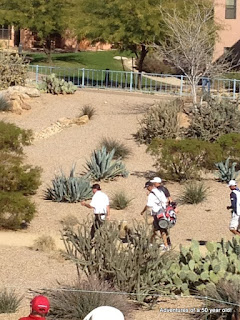 The last picture was Phil Mickelson who was playing with Rickie Fowler. You could sure tell when they were coming because a wall of people were following them. Mid 70's today and throughout the weekend...doesn't get much better than this!
Posted by Kevin and Tracy (a.k.a. kcgaz) at 9:13 PM