Well we awoke to a nice cloudy 90 degree morning, so I decided it was time for some yard work, before the sun reappeared.

So once the mowing, trimming, blowing and raking were completed, the clouds were still providing a nice umbrella, so I decided to take advantage of the cooler morning to repair and repaint the wall next to our new gate that John installed.

As I patched the wall and prepared for painting, the clouds were still in place and the temps were low. As soon as I placed the roller to the wall, the clouds parted and it seemed like the temp jumped 10 degrees.

So I had a decision to make, do I go ahead and paint the wall or put everything away until October? I decided to go for it, which I quickly realized was a mistake.

Within about 20 minutes I started to get very hot and my head started to pound. I was drinking lots of Gatorade, so I thought I could get through it. Well I was wrong, the head pounding turned to dizziness and then the Gatorade was no more.

So the painting was over and I staggered into the house. I had heatstroke about 15 years ago and it wasn't much fun. Tracy quickly went on WebMD and got the cure for my ailment, she is always a great nurse.

Tracy said that according to WebMD,I needed to lay naked under a fan with ice packs between my legs. Then she said that she needed to determine my internal body temperature and taking my temperature with an oral thermometer just wouldn't do the job. I told Tracy not to believe everything she read on the Internet and decided to take a real cold shower instead.

After taking little sips of water throughout the afternoon and napping in between watching golf and the Olympics, I am feeling much better.

After dinner we had a wild storm with thunder, lightning, wind and lots of much needed rain. Below are some pictures of our storm. I hope you are having a healthy, cool and enjoyable weekend. Thanks for stopping by. 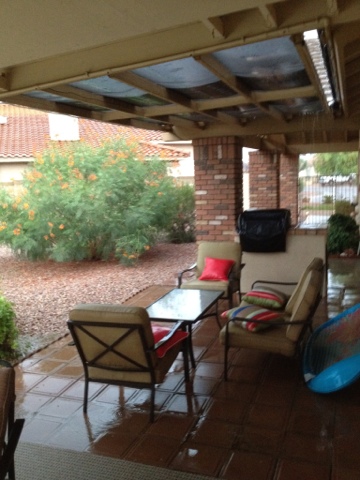 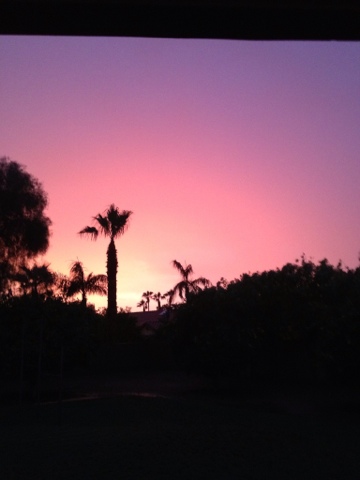 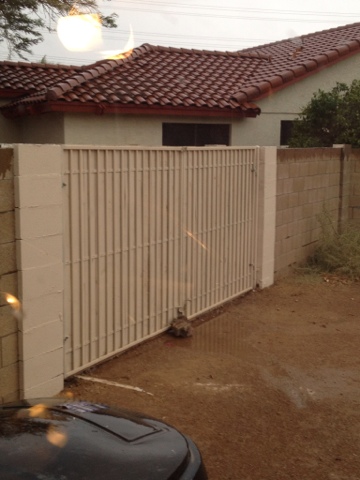 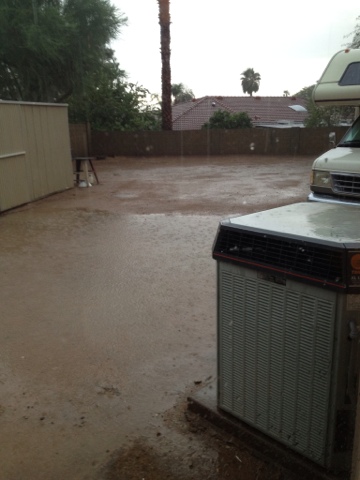 Email ThisBlogThis!Share to TwitterShare to FacebookShare to Pinterest
Labels: Our wild but refreshing storm.