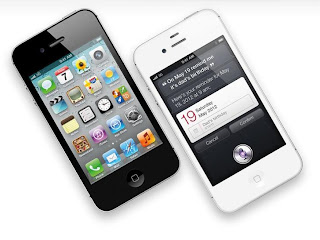 We have used smartphones in our business for years, starting with two or three versions of the Palm Treo, then two versions of the Blackberry Storm, which has driven us crazy over the last three years.  The BB Storm has plagued us with freeze ups, failure to sync contacts and calendars and overall system shutdowns, requiring complete factory resets.  I can’t tell you the number of hours we have wasted trying to keep these phones going.  Finally, yesterday we came to the breaking point with the third factory reset of my phone in the last five weeks.  We made the decision with the willingness of Verizon to allow us to upgrade early, to purchase the new iPhone 4S which is supposed to have many new features including an 8MP camera, a faster processor and Siri, which acts as a sort of personal assistant.  The phone will not be available to ship until January 17th and I am sure that we will have a learning curve getting them up and running.  I will look forward to sharing our experiences with all of you as our company implements these new phones and hopefully I will have good news.  Hey, anything is better than our BB’s.
Posted by Kevin and Tracy (a.k.a. kcgaz) at 9:21 PM